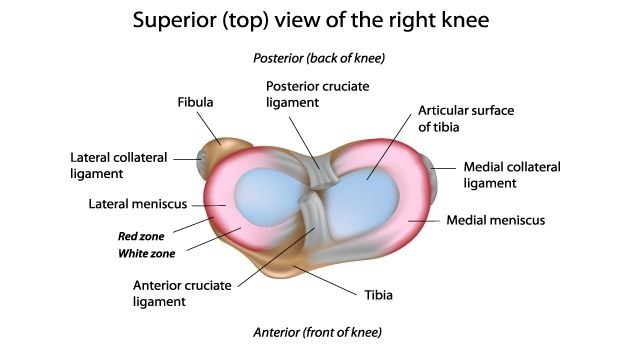 The Anterior Cruciate Ligament (ACL) is a large, strong ligament in the knee which is very important in providing stability to the knee joint. The knee acts like a hinge joint and the ACL runs diagonally from the femur to the tibia; acting to prevent the tibia from sliding forward from the femur as the knee bends and twists.

Injury to the ACL will typically occur with the body twisting forcefully whilst the foot is planted. It is a common sporting injury–particularly in sports such as skiing, football, rugby, netball and basketball.

Treatment for an ACL injury will depend on the lifestyle and physical demands of the person concerned, but often involves surgical reconstruction. Physiotherapy can help to facilitate better movement in the knee, reduce swelling, guide the re-strengthening of the muscles which act around the knee, and rehabilitate the movement patterns of the person in order to get them back into normal activity and prevent recurrence. If the ligament is surgically reconstructed, rehabilitation involves an extended period of intense physiotherapy over 6-9 months.